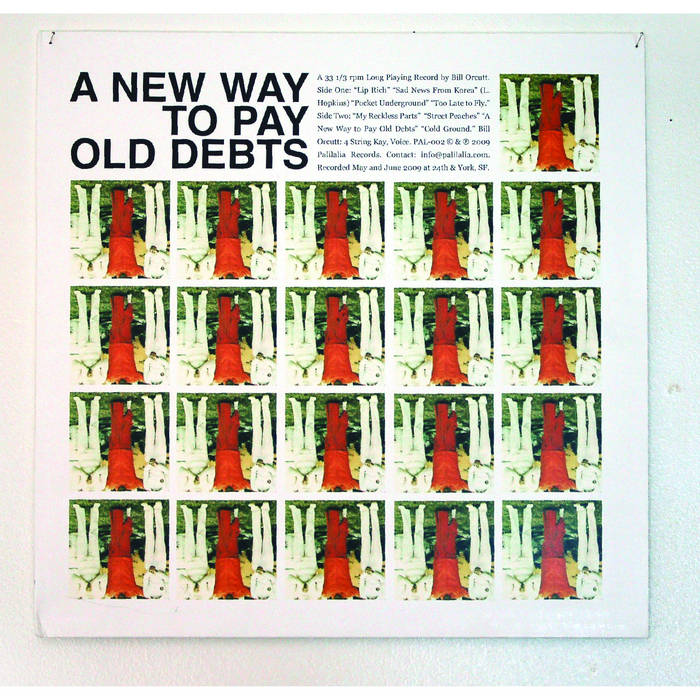 And now for something completly different.....
Editions Mego is suitably chuffed announce a CD reissue of Bill Orcutt’s acoustic hardcore blues stormer ‘A New Way To Pay Old Debts’, previously released on Palilalia in 2009. For many one of the highlight of recent years with its unique visionary take of solo guitar playing.
At the heart of Orcutt’s sound is a vintage acoustic Kay guitar equipped with a DeArmond pickup. After the neck was broken and subsequently repaired, the guitar was downtuned so as to withstand the tension of the strings, and played with the A and D strings removed.
This all lends itsellf to an intense set of raw, blues-influenced songs that sound heavier than most of the guitar records in your collection put together!!

In addtion to the orginal album this CD reissue contain 2 tracks from the High Waisted 7” (also previously relased on Palialia), as well as 4 unreleassed tracks.

Guest hosted by Tamar Osbourn aka Collocutor and Toshio Matsuura.